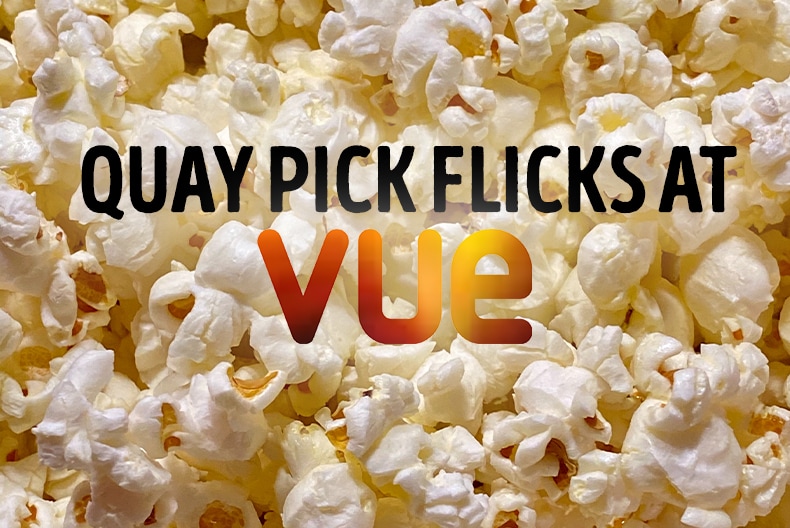 Hello March! Don’t miss all of the latest and greatest films on the big screen at Vue Cinema. Sit back and relax VIP style with some popcorn and the perfect film, with tickets from just £4.99!

Parking is free after 6pm when you validate your registration in Vue’s foyer. And, if you’re feeling extra peckish, why not grab a bite to eat at Nando’s, Pizza Express, Coffee Delight, Muffin Break, Superbowl UK Hull or 2C Bake House?

Kate and Lisa start a choir to bring together their fellow military wives while their husbands serve in Afghanistan. But this creative way to cope soon inspires the nation and, before they know it, they find themselves with an international platform.

To celebrate turning 16, Ian Lightfoot and his brother, Barley, get a magical gift: a spell that’ll bring back their deceased father for 24 hours. The trouble is, the two elves only managed to conjure his feet and legs, meaning they need to embark on a journey to find out how to bring back the rest of their dad before their time is up. Tom Holland, Chris Pratt, Julia Louis-Dreyfus and Octavia Spencer star in Pixar’s latest fantastical tale that’ll have the whole family in stitches.

Brought back to life as a technologically enhanced killing machine after he and his wife were murdered, Ray is going after those responsible for her death. But the truth isn’t as it seems, and there’s a terrible conspiracy at play. Based on the comic book character of the same name, starring Vin Diesel.

A group of women hatch a plan to disrupt the 1970 Miss World beauty competition in London.

When JJ, a hard-edged CIA agent, is ordered to surveil a family. He’s quickly outwitted by their nine-year-old daughter, Sophie, who strikes up a deal with him. Sophie won’t blow his cover if he agrees to teach her to be a spy. Dave Bautista, Chloe Coleman, Kristen Schaal, and Ken Jeong star in this side-splitting action comedy.

The Abbotts head into the outside world. Their home is no longer safe from the threat of the alien creatures terrorising the earth, but there’s more to be afraid of than just the bloodthirsty extra-terrestrials. Go back to where the story began with a special double bill with A Quiet Place at 6:00pm Wednesday 18 March

When the Emperor of China issues a decree that one man per family must serve in the Imperial Army to defend the country from Northern invaders, Hua Mulan, the eldest daughter of an honored warrior, steps in to take the place of her ailing father.

Peter Rabbit and his bunny buddies are back, along with Bea and new husband Thomas McGregor. But Peter is tired of his reputation for mischief and runs away from the countryside where he bumps into an old, adventure-loving friend of his father’s. James Corden, Rose Byrne, Margot Robbie, and Domhnall Gleeson reprise their roles in this funny new part-animated adventure, directed by Will Gluck, based on the stories by Beatrix Potter.